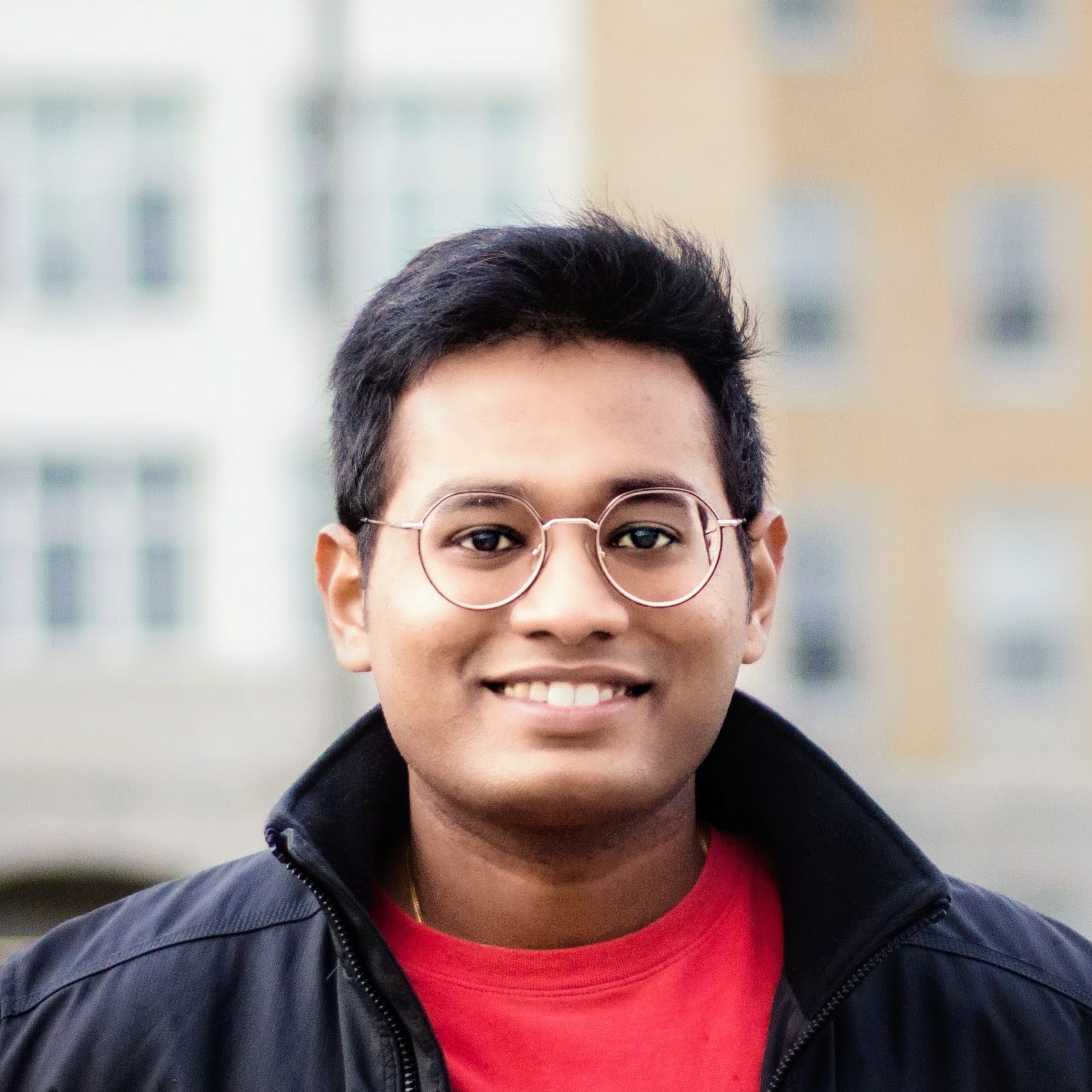 Chettinad houses are a blend of colonial architecture and palace style houses with traditional architectural styles used dexterously with European groove and influences from various other parts of the world. This became possible because of the extensive travel undertaken by the Chettiars on business trips. Extensive woodwork made of Burmese teak wood, the attractive black and white imported Italian tiles for the lengthy hallways and the other decorative items such as the unique British style lamp shades were used elaborately.

The early day Chettiar villages seemed to appear out of nowhere – surrounded by shrubs, bushes and dirt roads you find the huge mansions looming out. To start with, the villages only had these houses to boast of. With changing times more communities have started dwelling in these villages. Arches mark the entrance to any Chettiar village and any Chettiar house.

The streets are very few in these villages and they mostly run parallel to each other. The houses run from one street to another. The front side of one house may face the rear entrance of another or they had entrances facing one another. The compound wall is a noteworthy feature- the compound wall runs from the beginning to the rear of the house and is aligned with the street axis. The arch serves as the main entrance to the homes and these homes were always either single or double storey. Inside the compound, the building and its facade are set back on a common alignment with the other buildings of the street.

The style adopted is varied and talks of the changing times and growing wealth. In the beginning each of these houses had names for example ‘Karuppan Chettiar Veedu’ which would normally denote the very first head of the house in a family tree. Sadly these names are rarely used today and the tradition is fading.

The villages were constructed following precise and sophisticated rules of urban planning which comprised of orthogonal streets, specific water management schemes, technical innovation, artistic creativity to name a few. These settlements are also built in harmony with Tamil traditions: rectangular plots, houses with an inner courtyard (often with around 3 or 4 courtyards).

Steps leading to the main entrance of a Royal MansionPainted colonade, balustrades and arches

Chettiar mansions were built about 8-10 feet higher than the road level because of lacking of a drainage system and also due to the fear of flooding. Following the arched entrance steep level of steps would lead to the reception area or the thinnai.

Typical Chettiar families were joint families with the Head of the household (Ayya) and the lady of the house (Aaya/ appatha), followed by the sons, daughters and their families. The sons became ‘Pullis’ officially after their wedding. Sons and their respective families occupied the arais around the main Valavu. The layout of the valavu style house is structured around the way the Chettiar families functioned in those days. The Head of the house would be in control of affairs in relation to business and finance, there by the need for Thinnai- to socialize and hang out with other men. The accounts needed to be maintained – this was normally delegated to the other men who functioned under head of the house or by others who were hired and there by the need for the Kanakapullai’s room. The Valavu is used to host an array of family events – starting with childbirth, weddings and ending with funerals. This is where the Pooja room of every Nagarathar family is located. This is also the central and the main part of any traditional Chettiar house. The women keep themselves away from money matters and used the part of the house beyond the first Valavu. Hence the Rendaam kattu which was used for private purposes by the women. Rendaam kattu was followed by the Moonam kattu where the women dried spices, prepared vattals and karivadagams to be stored away for future use. This part of the house also had storage rooms around the kattu. Finally, the Nalaam kattu which was used as the kitchen area and also as servant quarters leading out to the Pinn vaasal –which served as an exit to the back street.

AESTHETICS OF A VALAVU STYLE HOUSE

The house begins with the Thinnai, moving on to the kanakapillai’s rooms and then the central courtyard or the Nadu vaasal that is surrounded by rettai arais then extending into the other courtyards. This is ‘Tamil style’. Heavy western influence becomes obvious with the facades and the cornices, parapet walls, colonnades and multi level balustrades on the second floor.

Different kinds of Pillars were used in and around the Chettinad villas. The pillars used in the thinnai were very different from those in the kitchen courtyard, the wooden pillars displayed intricate craftsmanship. Granite pillars followed the wooden pillars in times when business flourished and the community saw more prosperity. Valavu pillars often do not reflect the grandeur of the house while the pillars around thinnai were considered to speak for the wealth of the family. Wood carvings were special features of the teak pillars. The Rendaam and Moonam kattu normally featured stone pillars which were painted with bright colors. Top and lower parts of the pillars attract immense attention due to the craftsmanship involved. Stucco or lime and mortar pillars were preferred for the first floor atop the valavu.

The pattern and the grandeur of the designs and the materials used in pillars changes as we progress from the first part of the house to the last. The pillars at the entrance are grand as compared to the ones at the end, the diminishing quality becomes very obvious. This was probably due to the fact that only the Thinnai onto the Nadu vaasal or the first Valavu was open to outsiders and it was this part of the house that spoke about the family wealth.

The lock and the key used on the doors of these houses were one of a kind with their huge lock and the 12-15 inch long keys made of iron.

PATTALAI LEADING TO THE VALAVU

Pattalai (reception area) showcases wood and granite pillars in most of the Chettiar houses, is elaborate with marble floors made with imported tiles from Italy and the walls made of gleaming tiles brushed off with egg yolks. This portion of the house often boasted of the family wealth and hence was the grandest part of the house.The main doors would open into the valavu which had rooms on either side. This was used for dwelling as well as family functions. The main pooja room (there is only one per house) is also located in the valavu – this is often decorated with colorful bulbs and variety of ceramic dolls. Valavu is also the most lighted part of the house. In most cases the ceiling in the valavu is open bringing in natural light and air. In some houses that were built under Western influences , the ‘Aal -veedu’ or the ‘hall’ precedes the valavu – this is sometimes used by accounts people (kanakupillai). Some houses in the valavu have rich roofing with first floor as well; in such cases the courtyards beyond the main valavu have open roofing.

Different types of tiles were used. Aathangudi tiles mainly for the valavu floors. Recently renovated houses are made of Mosaic flooring. The tiles featuring bird and flower motifs were used in Thinnai walls. Italian black and white marble was imported and used for the grand wedding hall and in some cases also the thinnai. The walls were made with gleaming tiles or the very famous ‘Chettinad mirror plaster’. Egg shells and egg whites were some of the ingredients used in this kind of a plaster.

The main door that leads from the thinnai to inside of the house was decorated with extensive carving and in most cases it also spoke about the family prosperity. In the Chettiar houses you can see through from the first to the last door- it was believed that this design could chase away any evil spirits. The last door that leads out to the street is usually very heavy but simple unlike the front entrance door. This also promoted free circulation of air through the house.

LAST COURTYARD (3RD OR 4TH WING OF THE HOUSE)

The quality of construction diminishes as we move from the main valavu to the Moonam kattu and in some cases the Nalaam kattu. It becomes obvious with the pillars and the flooring quality. Moonam kattu is used by the women to grind, prepare and store spices, make and dry vattals and Uppukandams. This courtyard is used mostly for storing away items for future use. The final kattu before exiting into the street is used as servant quarters and the stone used for flooring here is called the ‘Pattiya kallu flooring’. Kitchen is also a part of this kattu and this includes the washing and servicing area for the entire mansion. The last courtyard, whether moonam or the nallam kattu, is used as the kitchen area followed by the pinn vasal.

The 3rd or 4th WIng of Chettinad Mansions

These palatial homes (on your right) were traditional Tamil and French Art Deco Style houses. The period we are referring to is the early 1930’s-40’s. This style displays bold colors and geometrical patterns that are symmetrical in nature.

These were more modern inside; the pattern was different from the typical valavu and the arais. Western influence was prominent and these were ‘Bungalow style’ houses. Design of these houses was completely different from the traditional chettiar houses, especially the front facade of the building. 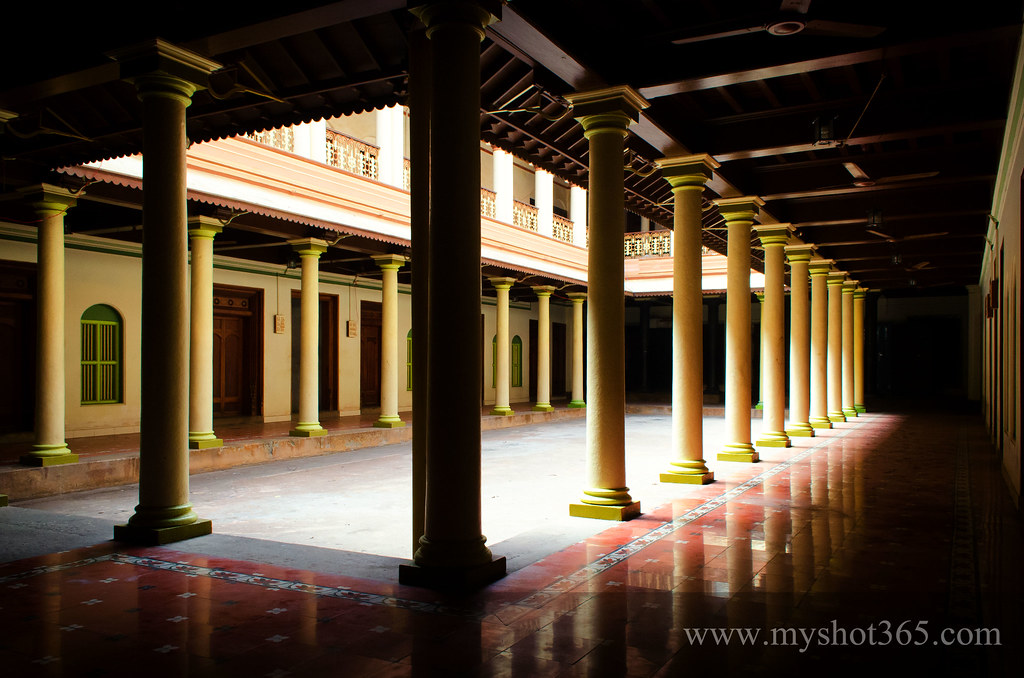 Improve this page
Prev
Beyond the Crystals
Next
Kolam | Lifestyle & Culture